Where did July go? Did I really just pick up a pair of shoes for a new school year?

How to Make a Quesadilla Bar:

Start by preparing the chicken according to this Ranch Country Marinade Grilled Chicken recipe. While the chicken is marinating, gather the ingredients for your quesadilla bar. I built mine around these featured quesadillas:

Your guests can go with a featured quesadilla or build their own masterpiece with the ingredients on hand. Whatever tans their hide.

Or you can shred the chicken with two forks if that’s what you prefer. I opted to speed things up with a pair of kitchen shears because time is precious when you are entertaining. The choice is yours.

I arranged the quesadilla bar on the grill so it was easy for people to fill their quesadilla and pop it on the grill. Depending on the size of your grill, you should be able to have two quesadilla makers going at a time.

Party tip: Having a collection of small-ish vases from a store like Dollar Tree will come in handy during meals like this.

This is where I confess we had a third featured quesadilla in our quesadilla bar. It wasn’t anything to phone home about, though. In fact, it was rather… shall we say, bland? Maybe a quesadilla only a mother could love? Something like that.

However you slice it, it was Michael’s first attempt at his own recipe. He asked for: carrots, chicken, and hashbrowns because that’s what he likes to eat with The Original Ranch®, so maybe it was more like a quesadilla only a toddler could love?

Mine, the chicken club quesadilla, on the other hand was nothing short of mouthwatering. The gooey cheese, bacon flavor, and the refreshing surprises of tomato and green onion were heavenly. I might have consumed more than one. Just maybe.

But mine. You know, the chicken club quesadilla, was scrumptious. Like, I’m tempted to make another right now. 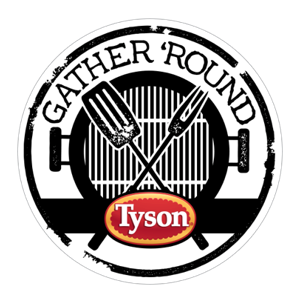 This comes as no surprise, but I snagged my Tyson® Fresh Chicken Thighs at Walmart for a pretty decent value. It was a day full of shopping, grilling, working in the yard, and playing in the pool. You know, because that’s what summer is all about.

This is a sponsored conversation written by me on behalf of Tyson Foods Inc. The opinions and text are all mine.

My name is Mallery and I’m a recovering workaholic oversharing with a solid sense of humor. I blog. I vlog. I run to the beat of my own drum. Read More…

Hot off the Press

Error type: "Forbidden". Error message: "Access Not Configured. YouTube Data API has not been used in project 334406003876 before or it is disabled. Enable it by visiting https://console.developers.google.com/apis/api/youtube.googleapis.com/overview?project=334406003876 then retry. If you enabled this API recently, wait a few minutes for the action to propagate to our systems and retry." Domain: "usageLimits". Reason: "accessNotConfigured".

Did you added your own Google API key? Look at the help.

Check in YouTube if the id malleryschuplin belongs to a username. Check the FAQ of the plugin or send error messages to support.

I Should do Laundry

Talk Nerdy to Me

I Should be Cleaning

Still Looking for Something?

What Was I Doing Again?